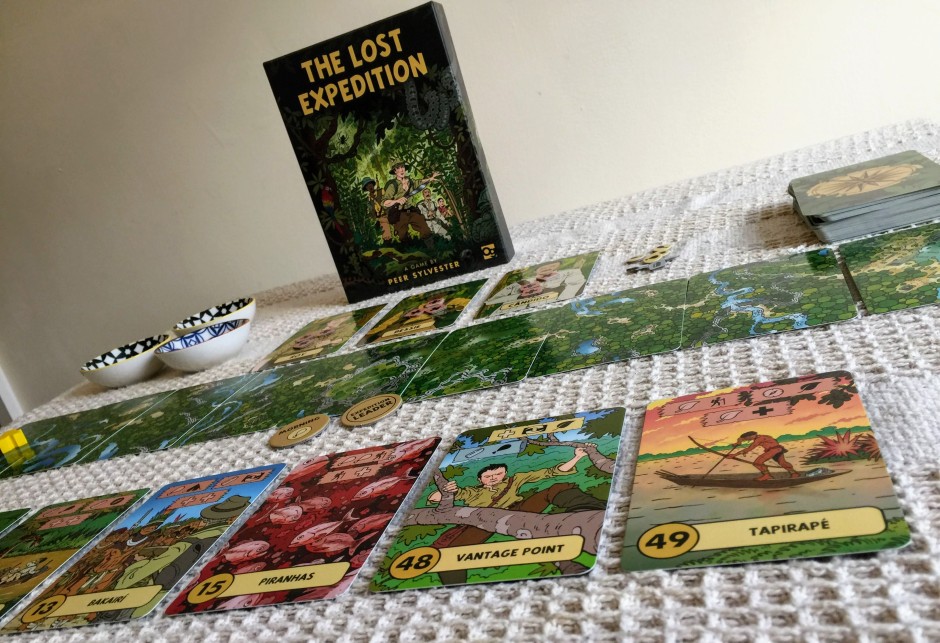 Films like Jumanji, Journey to the Centre of the Earth and Tomb Raider in romanticise the exploration of deep jungles and lost civilisations. It’s thrilling, exciting and awe-inspiring. Yes, there’s difficulty to overcome… but at the same time you’ll be exploring the world, seeing amazing sights, whilst building camaraderie with your fellow adventurers.

The Lost Expedition (published by Osprey Games) follows the same formula as the films above but depicts the brutality and risks of exploring the Amazon in much more detail. It’s inspired by Percy Fawcett, a British surveyor, who in 1925 embarked on his final expedition into the Amazon in search of the ruins of an ancient city (The Lost City of ‘Z’). Percy, along with his son (Jack) and his son’s friend (Rayleigh) disappeared during the expedition – it’s assumed they lost their lives.

The Lost Expedition is a cooperative game, where players embark on their own adventure into the Amazon in search for the Lost City of Z. Players are confronted with challenge after challenge as they face the dangers of the jungle. Can they find The Lost City of Z and succeed where Percy did not…